I used to be concerned about the effect bringing a foster child into our family would have on my own kids.  Would it take away from the attention they deserve from us?  Would it interrupt their routines?  Would they resent us for it?  Now, after the fact, I'm more concerned about the effect NOT bringing a foster child into our home would have had on our kids.  It has changed the, for the better, and I'm convinced they will never be the same for it.

Trent: Man, I could feed an army with this new smoker.  Well....a small army.  Ok...maybe a regiment.

SW: I almost fell out of a chair, I can only imagine how you must feel...
Me:  Y'all's texts sometimes should come with a warning and an AED.

Upon arrival at church

Trent: Let's park here by the Byases.
Me: They never park over here. They park over there.
Trent: I thought they had a small gray SUV.
Me: It's greenish, not gray.
Trent:  A Nissan something or other...
Me: It's a Pathfinder. That's a Rogue.
Trent:  Ok but they at least have a Nissan right?!?!
Me: Correct.

Texts with my family after sending a phone picture of the kids' daycare picture proofs which are a mix of cute and melancholy "I will not smile for that camera"...

Lady in Lowes: Are they twins?
Me: No, they're a year apart.
Lady: So basically you had twins the hard way.
Me and Trent, simultaneously, under our breath: You have no idea. 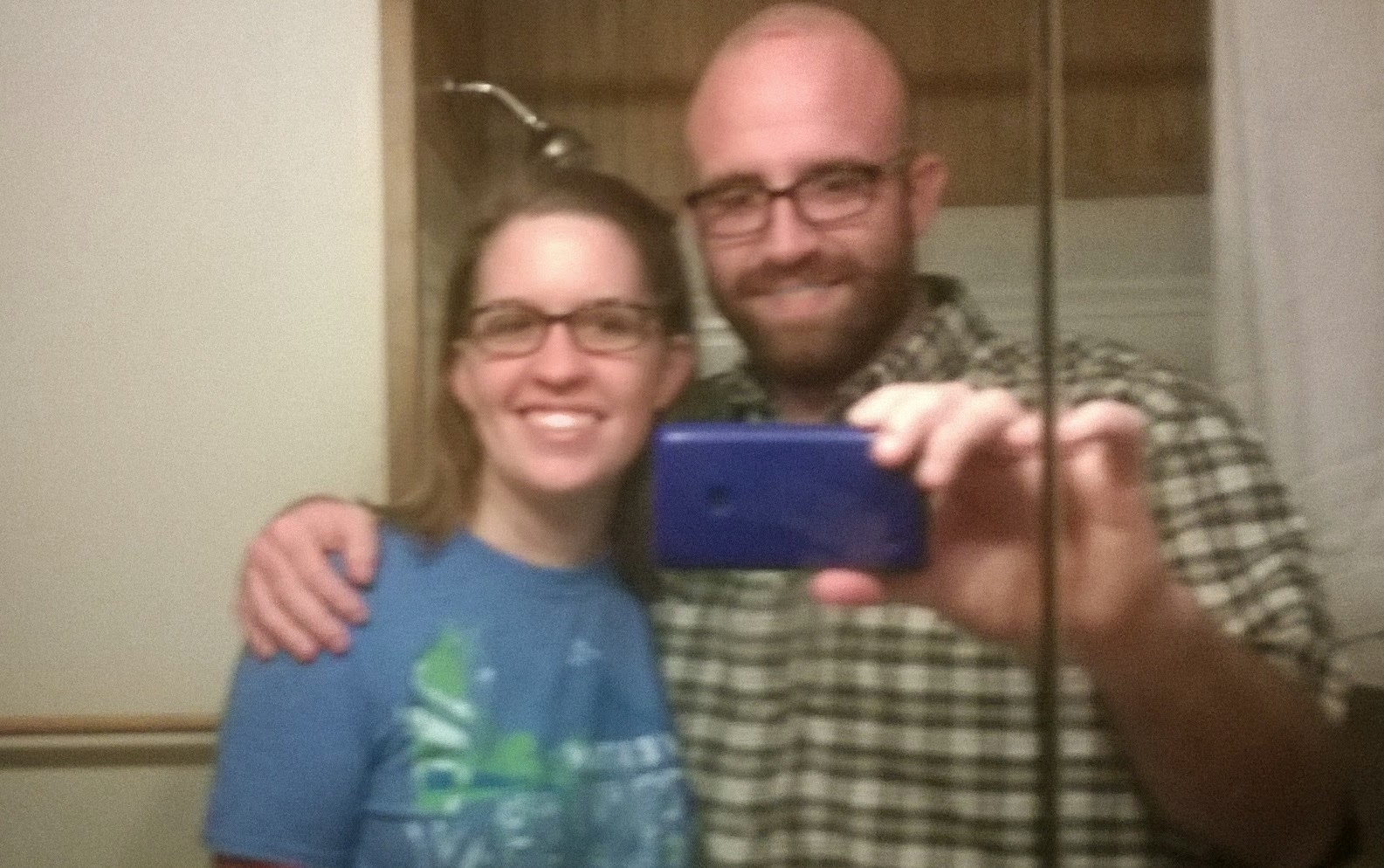 Email ThisBlogThis!Share to TwitterShare to FacebookShare to Pinterest
Labels: T&T

I Need You To Do Me A Favor

Remember when I posted in April about our friends John and Ashley, other young, crazy foster people like us?  Well, they continue to follow in our crazy footsteps, including their first foster placement being two small children one year apart in age and the call about said children going like this:  "It's just one child...actually, just kidding, I was wrong, it's two."

They got their first placement this evening.  Two little girls, ages 1 and 2.   So, they're scrambling, they're wondering, they're worrying, they're thinking things like "What have we gotten ourselves into?" and "We have no idea what we are doing!"   Meanwhile I'm texting them, reminding them that yes, this is really hard at first, but they will find a groove, learn these kids, and be awesome.

Here's the favor I need from you.  If you are the praying type, will you pray for John and Ashley and these two little girls that have just come to their home?  If you are not the praying type, will you send good thoughts, do a happy jig, or some cheerleader moves, you know, whatever, on their behalf?   They really need it right now.  The first few weeks are hard, hard, hard, hard.  I wish we lived in the same city so I could swoop in and help them with this adjustment, or at least stand in the corner of their living room like a creeper and intermittently remind them that they are indeed sane people, that God will lead them through this stage, that this too shall pass, that things will get easier.   Because they will.

Tune into their blog for updates.  Though maybe don't get your hopes up for a post any time soon.  They're a little busy at the moment...
Posted by Anna Pie at 11/13/2014 2 comments:

That Time We Failed At Halloween

My cousin Jana will be SO disappointed in me, after all the cute kid Halloween costume idea links she sent to me.   Sigh.

We failed at Halloween this year.

Like...not a thing happened except Sister wore a black t-shirt with a glittery pumpkin face on it to daycare that day.  Das it.  I even failed at timely publishing a blog post about how we failed at Halloween.  At least the kids got some candy at daycare...which got put in a bowl in our kitchen for Trent and I to eat gradually...

I intended to do something for costumes.  But then the social worker said their mom wanted to bring them costumes to their visit that week.  Then she didn't.  Then the whole CPS case took a turn for the crazy and Trent and I found ourselves scrambling to take care of some stuff the rest of that week.  Friday morning rolled around and there were no costumes to wear to daycare.  Friday evening rolled around and there was no trick or treating.  The porch light was off because there was no candy to be had at the front door of the Futral house. I even kept the blinds closed and the living room light off, just to make sure trick or treaters did not misconstrue the state of our party pooper home and get their hopes up.

Trent even had grand hopes of reviving his pumpkin cannon from a few years ago but turn it into a candy cannon that would shoot candy from the backyard over the house into the front yard, as in "Trick or treat!"..."Hi! Backup. Further. Ok, that's good, hold still." ...BOOM!  Candy rain. 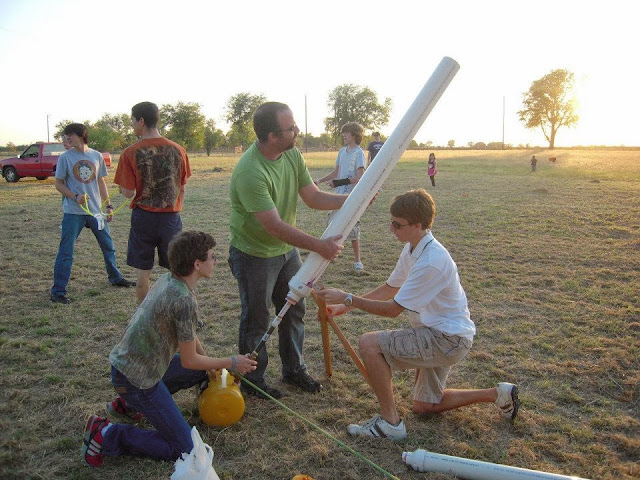 Yeah...but that didn't happen either.

So, am I sad about our Halloween FAIL?  Maybe a little.  Am I worried about it?  Nah.  Considering the fact that our kids are tiny and don't even know what Halloween is, as well as the fact that Halloween has never been a big deal to me, as in, I carved my first ever pumpkin my junior year of college... 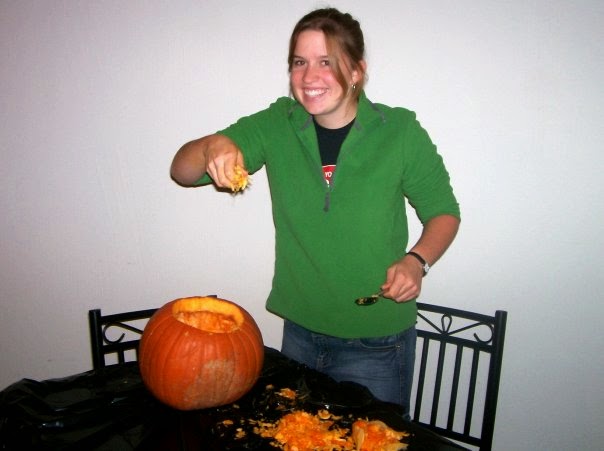 ...and begrudgingly at that... 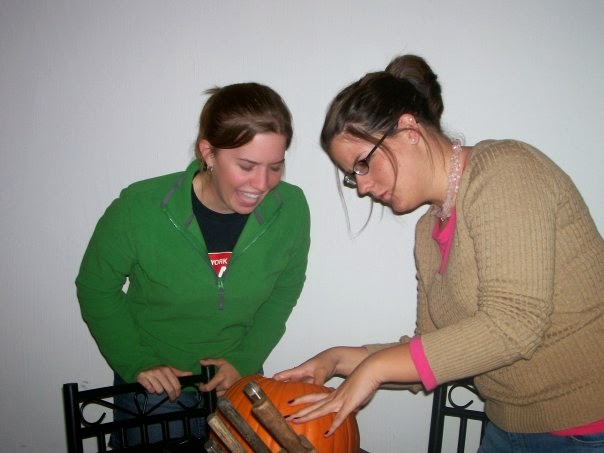 I realized something yesterday afternoon.  It hit me like eleven tons of bricks and caused me to have a good covert cry in my cubicle.  I have failed and disrespected my children over and over and over and over, from the very beginning of their time with us.

Too many people know too much about their story.

I realized this when I got up from my desk, went to the breakroom to make some tea and ran into a coworker who asked how their case was going.  About fifteen minutes of updating later I was headed back to my desk but ended up chatting in the hall for another little while with another coworker who also asked how things were going.  By the time I got back to my cube, I was oddly distressed.  It had occurred to me that if we adopt these kids and show up to my company picnic someday down the road, various other people that I work with would know more about our kids' story than they themselves may know yet.  That's not right. And it's all my fault.

I cracked open the cookie jar of information at the very beginning with too many kind, well-meaning, curious people and have, in a way, felt obligated to keep them in the loop since, even though that flies in the face of my children's dignity and, ya know, the rules for how this private stuff is supposed to be handled.   So, why did I?  Why was I so incapable of the appropriate, vague answers and instead just spilled the beans on almost anyone who asked?

I needed to process.
Did you see me in those first weeks and months after we got the kids??  I was a complete wreck of a formerly sane woman who got very sick, temporarily lost her voice, not to mention lots of sleep, dropped ten pounds in two weeks, cried at the drop of a hat and briefly wondered if she would get fired for turning into a crazed insta-mom zombie.  Many times a day I would find myself staring through my computer screen wondering "what just happened to our life?!"  Insert nice, curious people that want to talk through my craziness with me and I was all. over. that.

I'm not good at thinking on my feet.
I never have been.  But turn me into the crazy woman described above, then throw questions at me like "What started their case?" and "What did their mom do to them?" and "Are their dads even in the picture?" and let's just see how well I fare with appropriate answers when I had no time to rehearse any of this because at that point we didn't know what the hell we were doing...  Hint: I didn't fare well.  Even responses that began in the correct realm of vague and private went south fast because with this story, if you even so much as open the can and barely peek at the worms inside, they all tend to slither their way out in an unending stream of drama and layers and side shows and bleh.  Many times I saw the words coming out of my mouth and wanted to stuff them back in but just didn't have the presence of mind to pause and say "Ya know, I should probably stop there."

I wanted to educate.
I can count on less than one hand the number of people in our life that knew anything about foster care before we ventured into it.  It's just not a very commonly understood area for our bubble of people.  So the fact that we have been able to stir up some knowledge and compassion for this area of human welfare excites us.  Part of educating on this stuff involves, well, talking about it.  The difference is talking in appropriate generalities about the foster care system vs the personal story of two actual children in our home.

I liked the attention.
To be completely honest. Frown.  I'm a weird mix of introvert and wanting to put myself out there.  I have a blog that I want to be popular. I carefully craft entertaining or enlightening facebook statuses then meticulously monitor the receipt of likes or comments.  So, when our life suddenly became front page news?  The influx of attention fueled this but I sadly mismanaged it into a radius that ended up way too big.

So, where do we go from here?
Nothing will change on the blog.  It has been fine from the beginning.  It's easy to tailor typed words into appropriate form.  But most of those who know me in person will likely see me back off.  That doesn't mean don't ask about our kids or the case.  Just be ready for fewer details and more "I'm not supposed to talk about that", which I should have been doing all along.  Now, this doesn't mean everybody.  Certain people have truly sustained me through this and with them I will continue to share details. But if you find yourself not among them, please do not be offended.  This isn't about me and it sure isn't about you.  This is about the kids.  And this is their story to tell...later, when they actually, you know, can talk...and only if they want to.  It's not my place to share their story when they haven't even truly learned it yet.
Posted by Anna Pie at 11/05/2014 No comments: