Humor me if you will and allow me to do a brief comparative study of a boy band of my 14 year old sister's time (now), the Jonas Brothers, and NSYNC, from my own beloved boy band days. (Whether those days ever ended is debatable...)


Over the Thanksgiving holiday, Abby and I watched the Jonas Brothers 3D Concert Experience DVD, which I gave her for Christmas last year. This is Nick, Joe and Kevin Jonas: 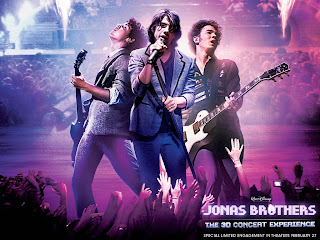 They are rather entertaining, I must say. While their flips and tricks and random flailing are pretty cool, I sorely missed the tight choreography and dance moves that NSYNC offered. I guess the trade off is that the Jo Bros play instruments while onstage. Except for Joe, he can only play a tamborine...hence, no guitar in the picture above.

Meanwhile, about a decade ago, these cuties were making it big: 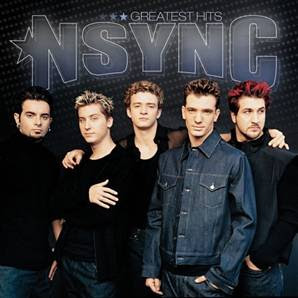 Chris, Lance, Justin, JC and Joey. I guess JC got the shiny denim memo instead of the black shirt memo. Ah, the maroon Joey hair phase, the JT fro phase and...is that Lance's own hand or is Chris reaching across trying to hug him? Might be, since the media claims Lance is now gay, though I will not acknowledge that. He has a bass voice, tried to go into space and is my favorite. He can't be gay! (I might have once had chapstick with Lance's face pictured on the tube....)

Here is the point of this comparative study. Abby and I are watching the DVD and the Jo Bros start singing Hello Beautiful. Suddenly they are rising into the air and end up each standing on a separate raised platform, high above the stage: 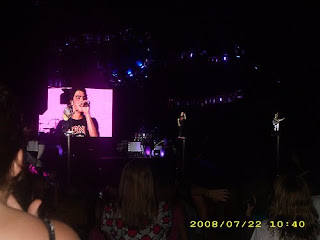 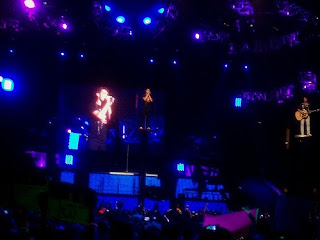 My initial reaction was not "That's cool. I wonder if they are scared up there." No. My reaction was "COPYCATS!!!" Behold NSYNC performing God Must Have Spent A Little More Time On You during the No Strings Attached tour: 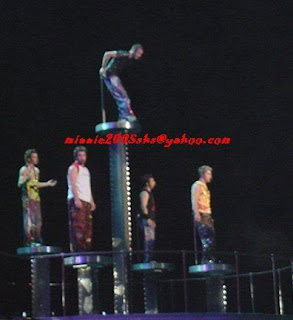 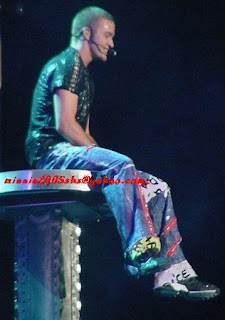 They did it first! Please note that I had the No Strings Attached concert on VHS. That's right. I think it has sadly gone to the world of Lost In One of My Parents Last Three Moves. Very sad....not that I have a VCR to even play it if I still had it... At any rate, I do not condemn the Jonas Brothers for stealing NSYNC's raised platform idea. I rather appreciate the shout out to their predecessors.
Just in case anyone still doubts my eternal dedication to NSYNC, this is the CD I'm currently jamming to in my car these days: 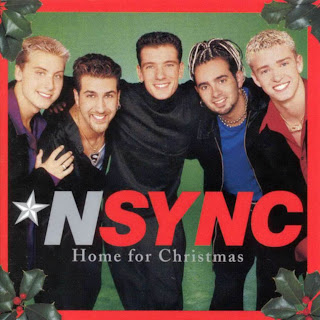 Email ThisBlogThis!Share to TwitterShare to FacebookShare to Pinterest
Labels: Random