My New Crafting Desk and Bragging on My Husband

Trent had me very confused over the last couple months about what he was giving me for Christmas. Now, he doesn't like to be bragged on, but I'm going to do it anyway. Here is what he did tell me:


So. I was confused. And along the way, Trent texted me this picture from Lowes saying that what he had just gotten had BARELY fit in his motorcycle bag... Eek. 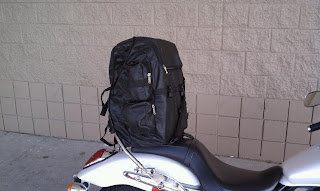 In Fredericksburg, I unwrapped a CD, which had nothing to do with the big puzzle, and this, a small Tiffany lamp I had been admiring at Lowes: 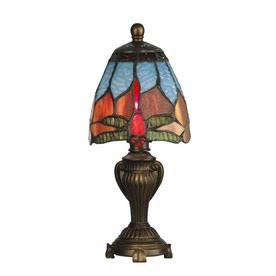 So the part from Lowes wasn't even building material. Huh?
Fast forward a week of guessing and wondering, and being told NOT to go in the guest room or Trent's hunting closet at home, to Christmas Eve in Winnsboro. I had one present to unwrap from Trent and I saved it for last. It was exactly what I had opened in Fbg: another CD (a different one) and another Tiffany lamp (the same as the first one). As I was unwrapping this, Trent was getting out his phone. He pulled up a video that he had shot at home earlier that week and edited. The background music was the rock 'n' roll version of Canon in D that was supposed to be our recessional song at our wedding but ended up being the "guests leaving the sanctuary" song due to technical difficulties. Anyway, I started crying as the video showed me what my gift was. I said "You MADE that???" in amazement. The video showed this beautiful crafting desk. He had set it up and videoed it then put it away in the guest room. I was floored: 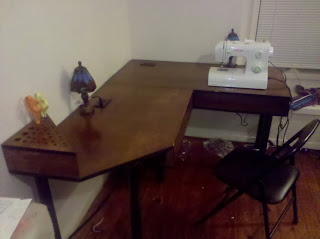 It has a polyurethane finish that I can't scratch: 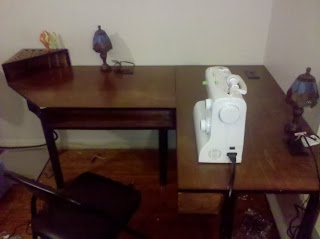 It has a built in corner spot with holes for scissors, knitting needles and other small tools: 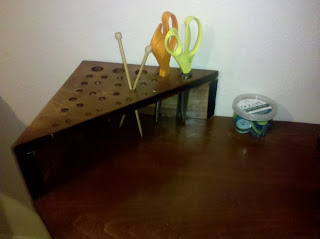 It has three built in electrical outlets on the top of the desk for my lamps, sewing machine, etc, to plug into: 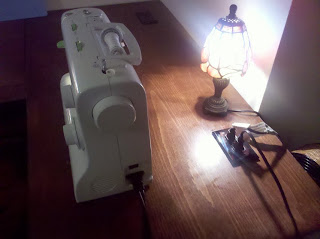 The entire desk is wired together so that the electrical outlets are connected to a switch, which turns the whole desk on and off. So I just have to plug in the desk, then I can flip the switch to turn everything on or off together that is plugged into it: 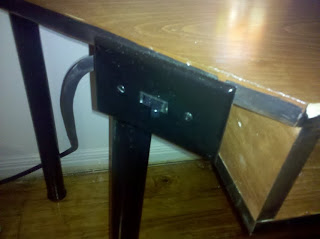 It has built in cubbies underneath for tools or items I need on hand and easily accessible while I'm crafting: 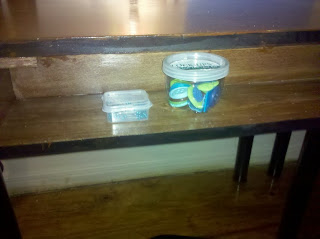 So, there you have it, mystery solved! The lamps were from Lowes. The legs were from Ikea. The outlets, switch and wiring were from Dealers. The wood was leftover beech panels from a previous building project.


I love it! And I love my amazing talented husband! 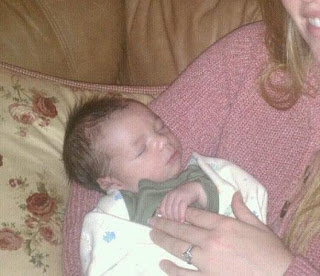