We recently played a game at our house that I named Musical Ceiling Fans. You know, like Musical Chairs...  It involved a decent amount of time, some frustration, getting our money back at the blue home improvement store and promptly taking said returned money over to the orange home improvement store.  But anyway.  We needed to tweak some ceiling fan situations in various rooms in our house, so we did.  Er...Trent did and I cheered him on and handed him tools...and took pictures. 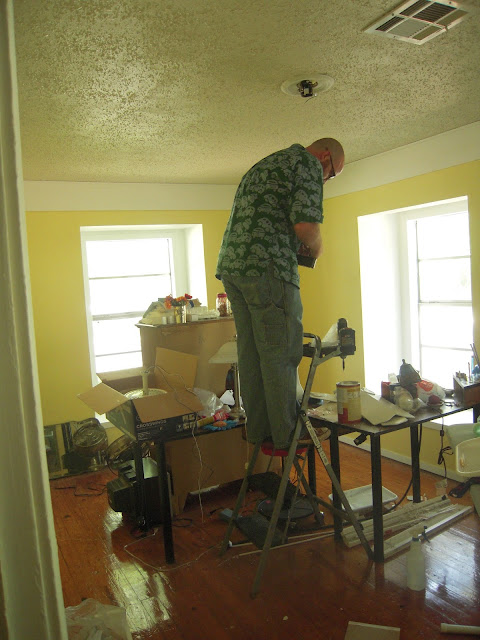 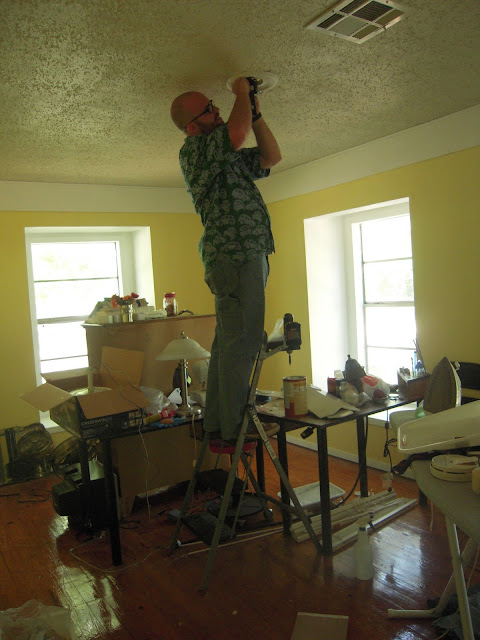 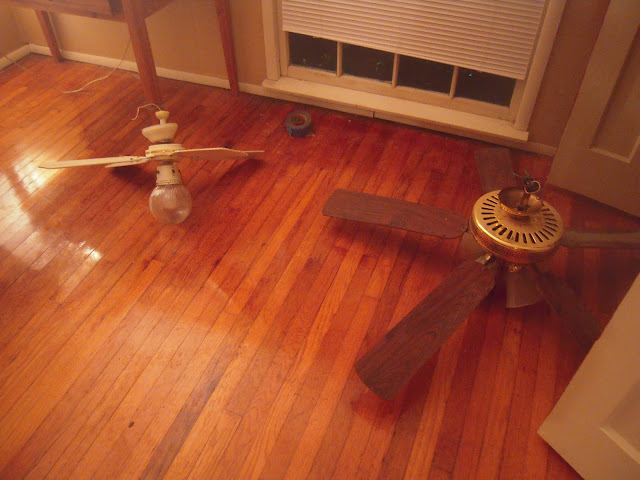 Three rooms got a new fan, even though we only purchased one new fan. 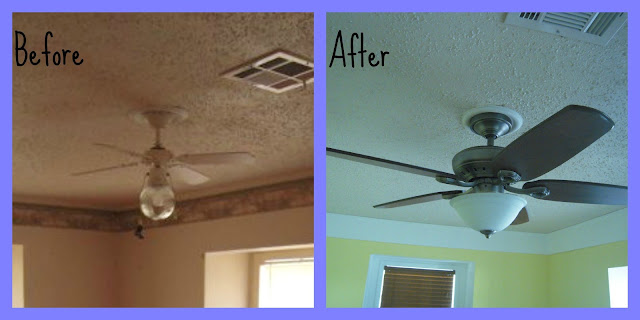 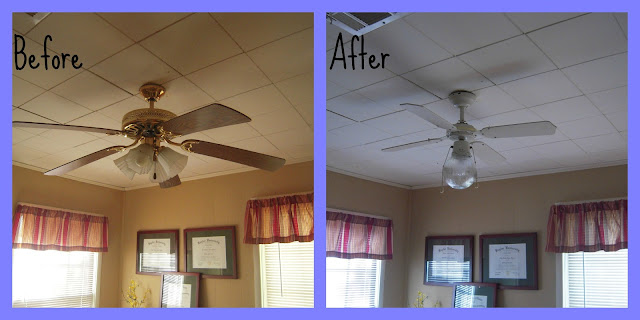 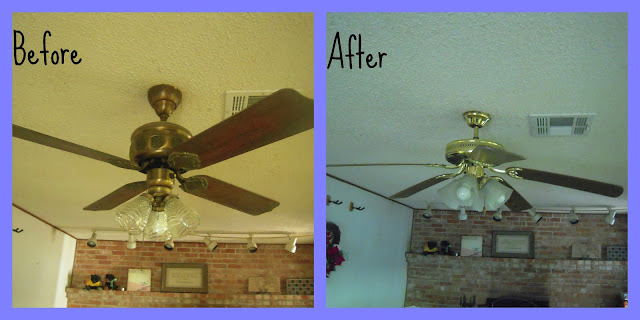 In case you couldn't figure it out from that stack of photos, we bought a new fan for our new room, moved that original fan to the kid room, and moved the original kid room fan to the den.  And as for this dusty, musty, junky, clunky ole monster that weighs about 100 pounds... 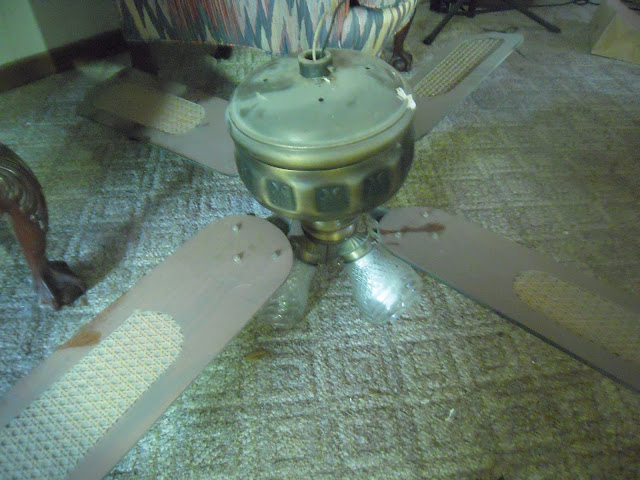 Well, it lost the game of Musical Ceiling Fans and is headed to the Habitat Restore.  Whop whop.
Posted by Anna Pie at 8/21/2013