Pilgrimage to the Steakhouse

September 30th, 2005
I was ready to go but waited by my 2nd floor dorm room window to watch him pass by instead of meeting him in the lobby. I wanted to see him first, on his way to pick me up. And did he ever look snazzy! I headed down to the lobby with my heart beating quickly and a smile on my face. He met me with an equally large smile and we walked out to his truck, which he had cleaned impeccably. He told me I looked nice and I returned the compliment, then asked where we were going for dinner. "It's a surprise," he answered. So we chatted as he drove and we ended up at Lake Brazos Steakhouse. We sat outside to eat and as we looked across the river we realized we were directly across from the part of Cameron Park where we first met. After our meal, we walked down to the paddle boat that was docked there, looked around, laughed at some ducks and commented on how cool it would be to ride on the boat.

September 30th, 2006
Out first year anniversary of dating. Little did I know, but Trent had gone that day and purchased an engagement ring for me. We dressed up and returned to "our steakhouse" for dinner and began an annual tradition. 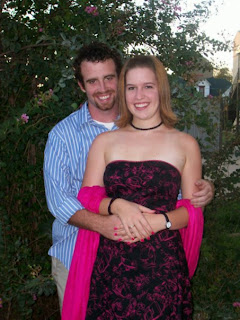 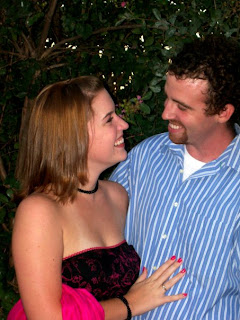 September 30th, 2007
We returned to the steakhouse of course, along with Trent's parents and sister, who were in town. After we ate dinner, Trent and I walked down to the boat and climbed onto the front of it. Before I knew it, Trent had gotten down on one knee on the boat and there was a ring on my finger. I was SO happy! 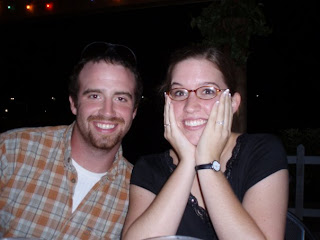 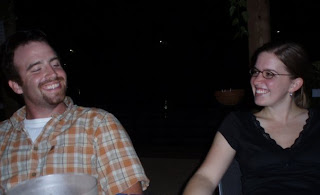 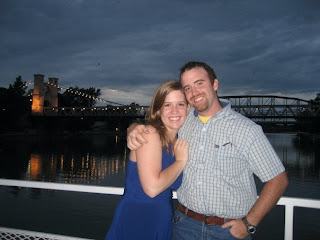 May 19th, 2008
As we landed in Chicago for our honeymoon, we started getting text messages from friends saying "Your boat sank!!" It was true. Due to a malfunction during maintenance, our boat was now at the bottom of the river. We were the last people to ride on it.

September 30th, 2008
Happily married for four months and 12 days, loving married life, eager to go back to the steakhouse as a married couple and eager to see if the boat had been repaired and returned to its place. It had not been, but we enjoyed dinner and sunshine out on the deck anyway. Yes, Trent wore the same shirt he wore when he proposed. Not intentionally. 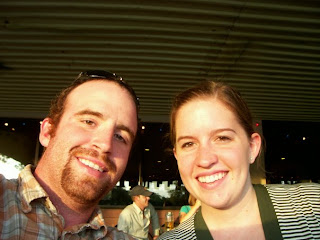 September 30th, 2009
Went to dinner at the steakhouse as usual. I seem to have neglected to take a picture that time. By this time we had started calling this annual trip our "Pilgrimage to the Steakhouse."
September 30th, 2010
Today. Five years ago today I walked out of my dorm, stepped into a polished red pickup truck and was carried away on the beginning of the best adventure of my life. This evening, my husband and I went to "our" steakhouse, sat outside as usual and enjoyed good food, the pretty river and the beautiful sunset. 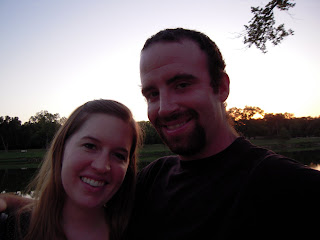