Flashback to Theater - The Importance of Being Earnest

The school play at Heritage during my junior year was The Importance of Being Earnest, by Oscar Wilde.  There were a couple of characters who were lovely young ladies and I honestly was hoping to be cast as one of them. But I got the part of Lady Bracknell.  The cast list here describes Lady Bracknell as:

Algernon’s snobbish, mercenary, and domineering aunt and Gwendolen’s mother. Lady Bracknell married well, and her primary goal in life is to see her daughter do the same. She has a list of “eligible young men” and a prepared interview she gives to potential suitors. Like her nephew, Lady Bracknell is given to making hilarious pronouncements, but where Algernon means to be witty, the humor in Lady Bracknell’s speeches is unintentional. Through the figure of Lady Bracknell, Wilde manages to satirize the hypocrisy and stupidity of the British aristocracy. Lady Bracknell values ignorance, which she sees as “a delicate exotic fruit.” When she gives a dinner party, she prefers her husband to eat downstairs with the servants. She is cunning, narrow-minded, authoritarian, and possibly the most quotable character in the play.

Oh boy.  I was a little miffed about being an old lady, but I quickly got over it and decided to be the best cunning and narrow minded old aunt I could be.  (My sister Katy got the part of Cecily, one of the lovely young ladies, and she was indeed quite lovely.)

Let me tell ya, I had a blast playing this part.  Probably more fun than I would have had in the other parts.  I got to sass at the other characters in a British accent, wear grey hair spray paint and float around on stage in long dresses with giant petticoats that required suspenders underneath to keep them up. 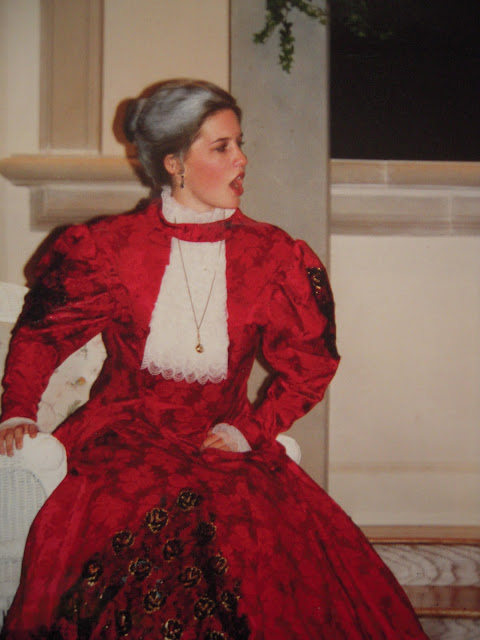 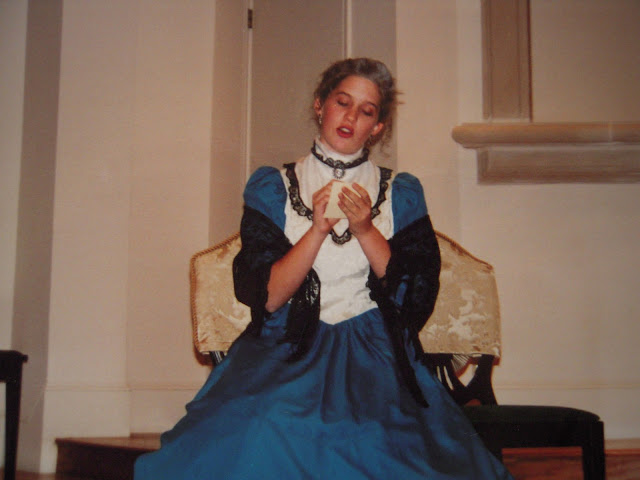 By far one of my favorite parts out of all the shows I've been in.

P.S. Click here to see another theater flashback to South Pacific.
Posted by Anna Pie at 4/03/2012