Flashback To Highschool - My Truck

I am currently a little red Volvo kind of girl...but I haven't always been...  Allow me to introduce you to my highschool truck: 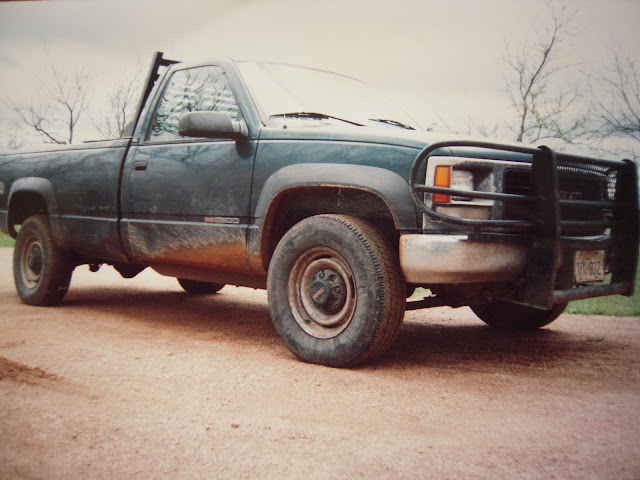 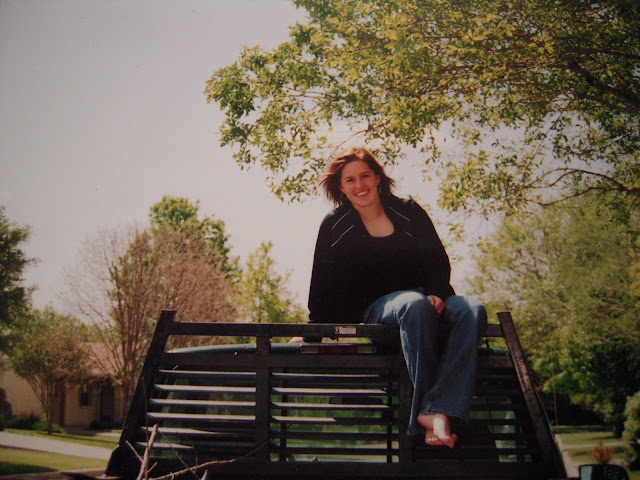 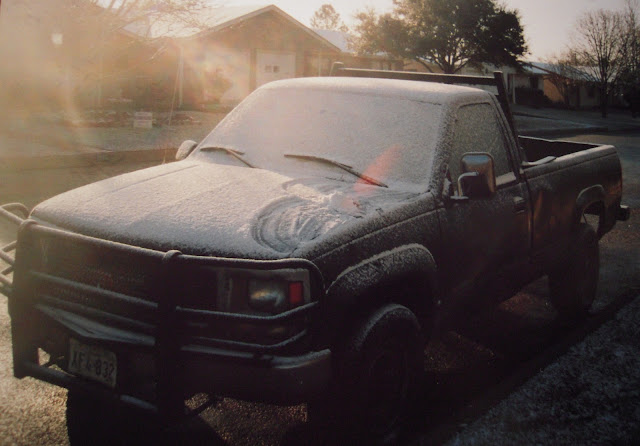 It was a 1996 or 7 or 8 (I don't know) GMC Sierra that we bought from my Uncle Rod for $500 when he retired it from his fencing business.  Upon our acquisition of it, it had a sweet grill guard and headache rack, but also a bed full of leaves, a cab full of dirt, a shredded driver's side of the seat from guys getting in and out with tools in their back pockets, mismatched mirrors (see above), no air conditioning, a faulty defogger, a big dent in the driver's side, scratches all over it, a rusty gash in the top of the tailgate and two inside door handles that were broken, requiring both driver and passenger to roll down the window and open the door from the outside to get out of the cab.    I probably should have gotten a tetanus shot before I started driving the thing.  BUT, a few days later Katy and I had it cleaned up and after a few more dollars and some quality time at Crenwelge Motors, it had working door handles and a re-upholstered seat and...well that was about it.  Not good as new but plenty good enough for me!

I drove that thing all over and have fond memories of cramming Katy and Sarah and myself along the one bench seat, sweating in it in the summer, banging on the radio to try to get it to play music or...anything, lurching along at times when it wasn't feeling too well, having Katy wipe the inside of the windshield in front of me while driving because the defogger had retired before the truck did.   I even occasionally let Dad haul stuff with it.  (Pssh, he bought it, he could do whatever he wanted!)

Sadly, there was no way this hunk of truck was going to come to Baylor with me...if it even made it to Waco. So I set off to college without a vehicle and the truck got sold to some dude in the Burg.   Later when I was home for a weekend, my sisters and I saw it at the grocery store.  It had been stripped of its headache rack and grill guard. Bed rails had been installed...  But it was my truck.  No mistaking that dent in the side, those mismatched mirrors and that giant chunk missing from the tailgate...

P.S.  I'm not the only Sauer girl to love a pickup truck.  My cousin Rebekah (on the hood) is also a truck lovin' babe: 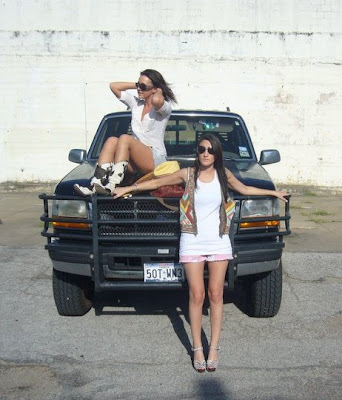 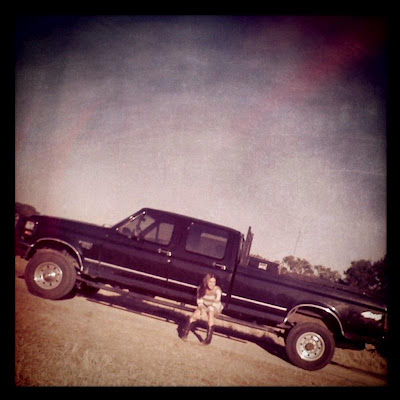