Back Up Off Our Friday Nights

After you read this post, please know that if you really do need us on a Friday night, you can totally get in touch with us.  I just like to be gangsta in blog post titles sometimes, kind of like this post.

This fall we've got not one, but two Bible studies at our house on Sundays.  We've got King's Club every other Saturday morning.  We've got youth family dinners once a month at various youth families' houses for fun fellowship time with all our families together.  We've got regular Wednesday night programming of course.  Trent will be gone to two weekend retreats in November and then I leave for a three day work trip to Dallas shortly after he gets home.  The Mission Waco youth program that he co-directs keeps him busy until about 7:00 three evenings a week.   Meanwhile I've got 9/17, 10/15 and 11/15 tax deadlines.

We have had seasons like this before.  Last spring was one.  Pieces of this summer kind of were. In the past, we have ended up with an attitude of "We just need to make it through April, then things will calm down" or "Once summer is over, things will calm down."   We basically throw up a white flag amidst the onslaught of our schedule and think "Well, I guess we'll see each other in two months."

We've realized something: things will never calm down.  So we've decided to capture and protect a morsel of regular time that is OURS.   After some consideration of what time frame would be best, we decided on Friday nights and began our new schedule addition two Fridays ago.

Sunny, the young lady that stayed with us for the month of August, left us some restaurant giftcards upon her departure, one of which was to Diamondbacks, a very nice restaurant downtown.  We decided to start off our new date night routine with a bang so we went there.   Meanwhile, Trent decided to start it off with a lovely vase of two giant red roses in the cup holder of his car.  They were waiting there when we left the house and he insisted they come along instead of be transported into the house, despite the threat of a hot car, so that I could enjoy them for the whole date. 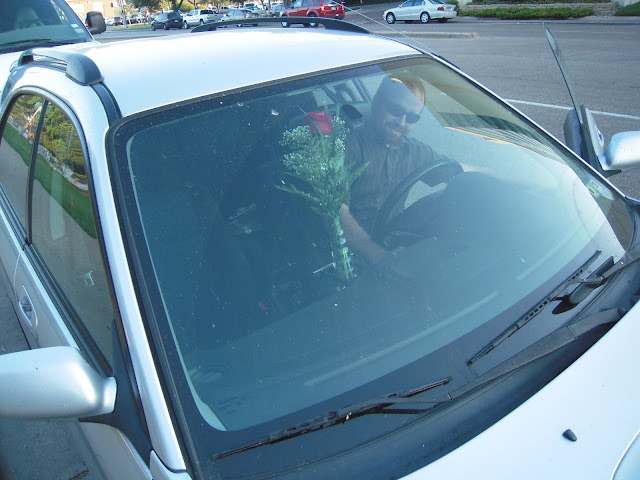 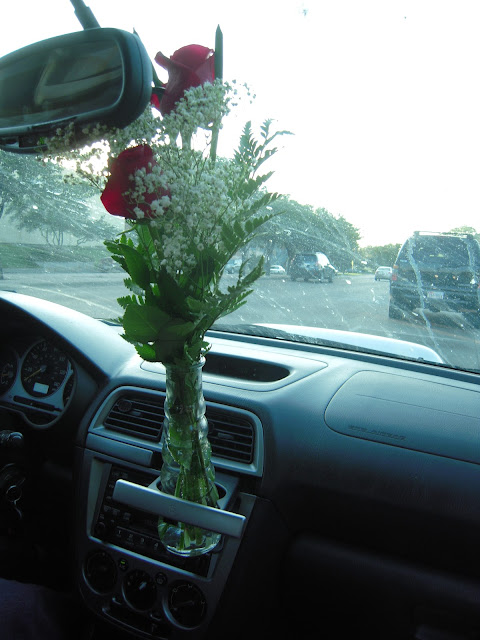 After dinner, we stopped by "our" bridge, where Trent asked me to be his girlfriend on 9/30/05. 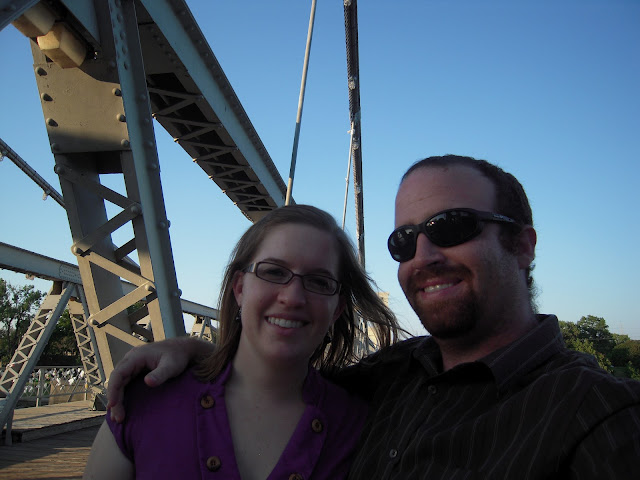 Trent told me to pose with my purse in the picture, which seemed really random but whatever, I did. 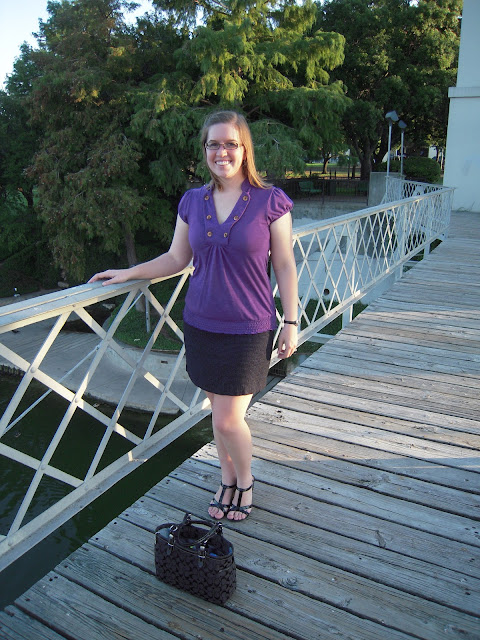 Then he told me to get out of the way and took a picture of just my purse and explained that he wanted it to look like I jumped into the river. 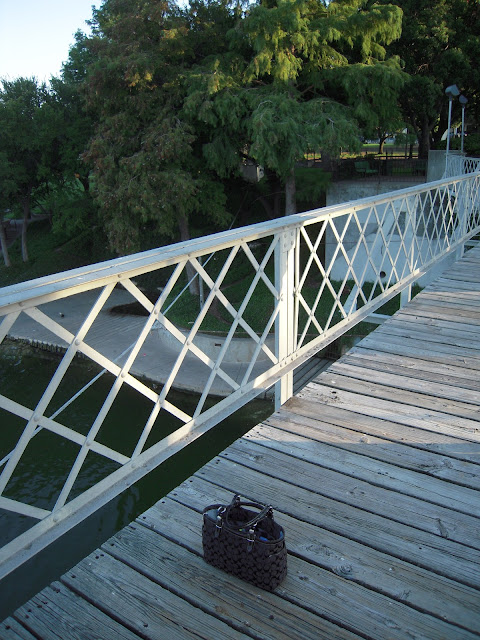 Did I mention my roses were huge and beautiful?  Stay tuned for a new Rose Jar post, to add to my collection of Rose Jars One and Two. 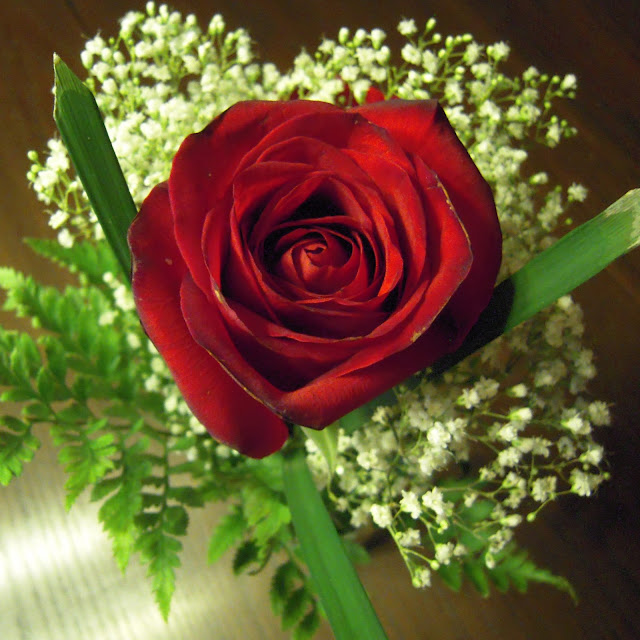 Our second Friday night date, this past Friday, wasn't quite as glamorous.  I left work in a tax season haze and we headed to the new Freebirds where the line was expectedly long.  So we trotted over to Double Dave's pizza close by, where Trent had a craving for Baris, so we headed that direction.  Third time's the charm I suppose.  After dinner, we went to the big Goodwill store to poke around.  I told you this date wasn't as glamorous. But you know what?  We loooove doing things like that.  I found an Ann Taylor skirt for $4 and Trent found an espresso maker for $10 that kinda sorta mostly works. So far it is better at making messes than making espresso...