There are four words spoken repeatedly at our church around this time of year that have the power to instill in my soul glee and anticipation as well as fear and trembling:

The pumpkins are coming!

Um...what?  You see, our church has a pumpkin patch fundraiser for the entire month of October every year which benefits the children and youth ministries.  It is a lot of fun but also a lot of work.

Right now I'm still mostly in the glee and anticipation stage.  Texas is cooling off (we haven't reached 100 degrees in weeks!). Fall is in the air. I want to go buy school supplies and give someone a bouquet of freshly sharpened pencils.   And I'm excited about pumpkins!  On this beginning end of the month-o-pumpkins I'm all sentimental about the multitude of pretty orange pumpkins and cool looking gourds that are soon to arrive, the joy we witness on the faces of those who come visit the patch and pick out their perfect pumpkin. 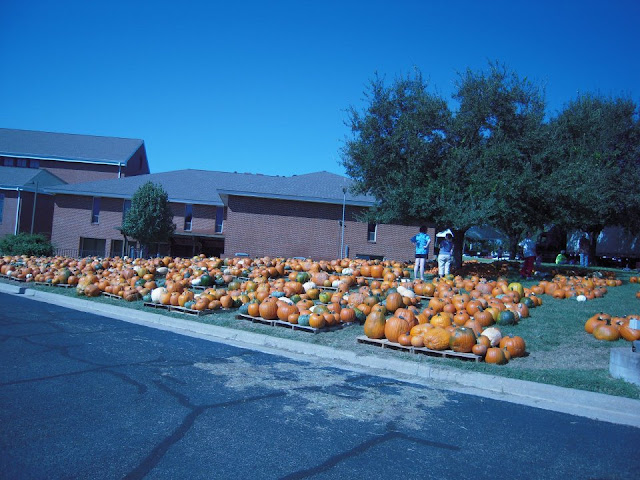 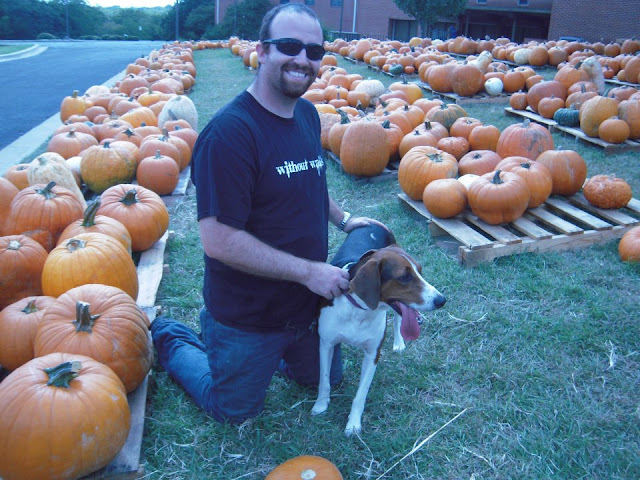 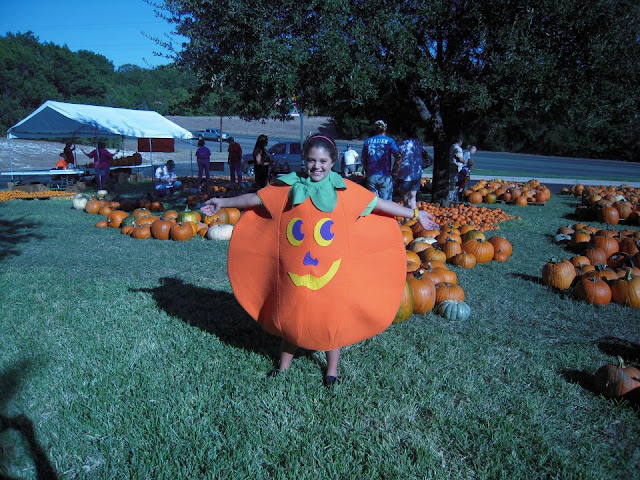 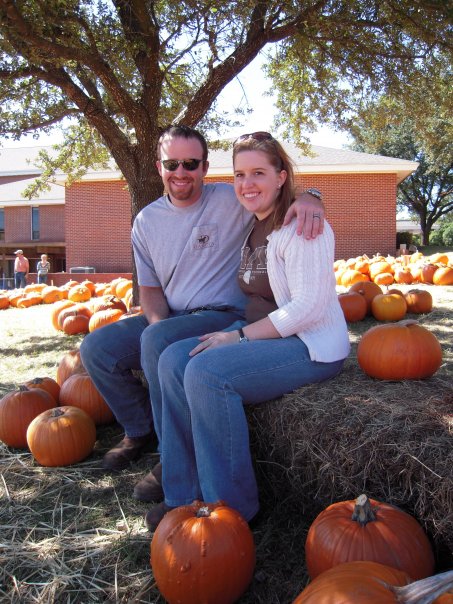 But you see...I'm currently suffering from a certain condition that is common among CCC church members this time of year: 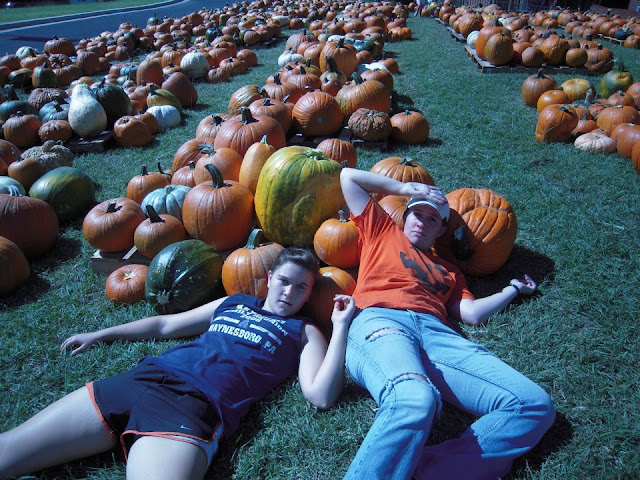 We have all forgotten the past sweat and dirt of the two unload days, when we first unload an entire 18 wheeler trailer of pumpkins and then two weeks later we do it again.

We have forgotten the reluctance to stand up for hymns in church the day after unloads because our legs are too stiff to stand and our arms too weak to hold the hymnal.

We have forgotten the smushed toes and broken nails and the Great Bee Sting Epidemic of 2009.

We have forgotten the times we have been driving on a highway around October 25th behind an innocent 18 wheeler and breaking into a cold sweat while imagining the doors opening to an entire trailer of pumpkins begging to be unloaded. 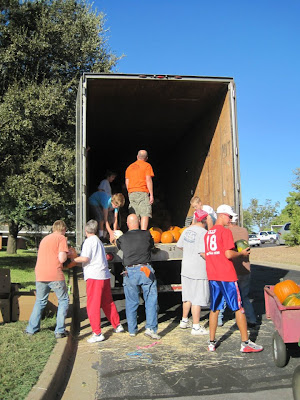 We have forgotten those times when we have said "We just eat, sleep and breathe pumpkins these days!  I don't want to see another pumpkin for at least a year!"

Well...time has shown that a year is more than enough time for those with a risk of exposure to develop Pumpkin Amnesia.  It's highly contagious and its running rampant at CCC.

Email ThisBlogThis!Share to TwitterShare to FacebookShare to Pinterest
Labels: Adventures in Youth Ministry