Trent recently turned 27.  Omg, remind me when exactly it was that we grew up?   Anyway, I hatched a fun idea for what I wanted to do for his birthday present.   Since we are selling the motorcycle, I thought Trent would like to have some really good photos of it before we truly launch into this new stage of foster parenthood, during which we will exclusively drive actual cars.

Well, I couldn't really take any good pictures of the bike in its current spot in our crowded driveway... 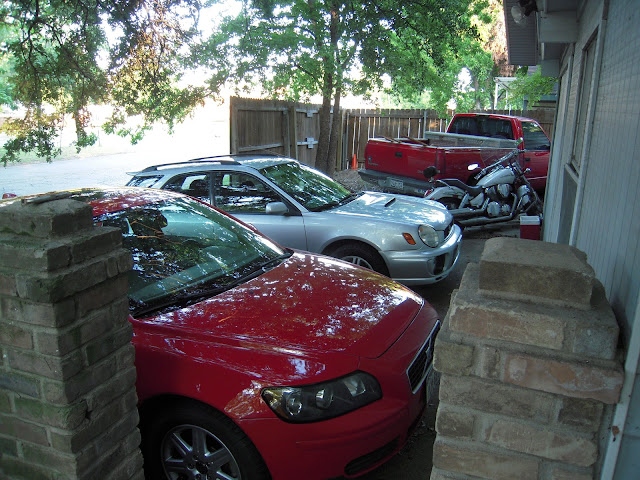 ...and I certainly can't move that beast or ride it anywhere.   So I enlisted the sneaky help of our friend Caleb, who also rides.   This is Caleb:

Don't worry, he doesn't ride like that in real life, only at the track.

Anyway...Caleb came over a couple days before Trent's birthday while Trent was still at Mission Waco and rode the bike to a piece of road/driveway/alley behind our church building that has some tall fence that I figured would be a cool backdrop. 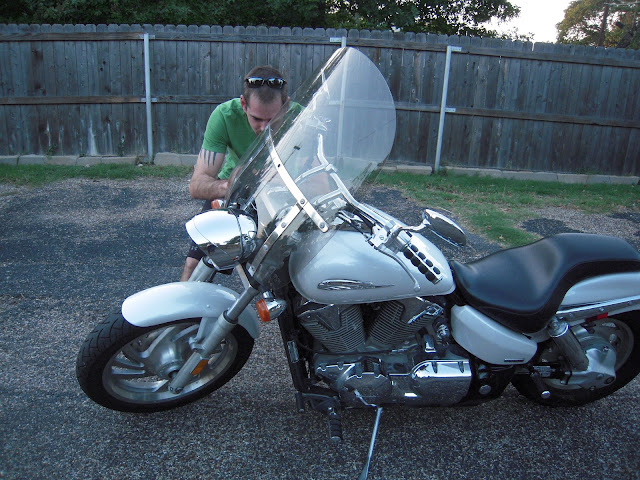 I snapped a bunch of pictures and he helped take some too.  I don't really know how to best photograph a motorcycle but I was pleased with what we came up with.  After a few minutes of picture taking, he put the bike back where it belongs in our crowded driveway and headed home.   Meanwhile, Trent had no clue it even moved.

I edited a few of the pictures that night and here are the winning photos: 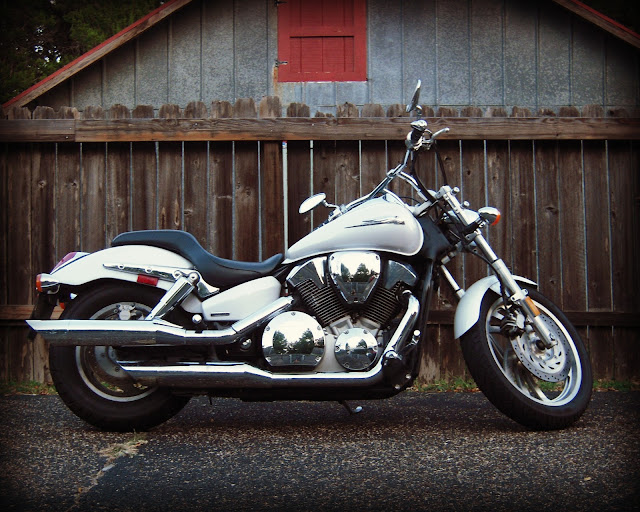 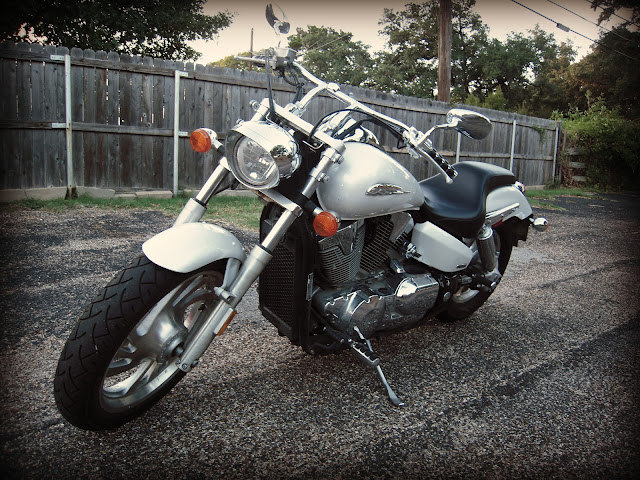 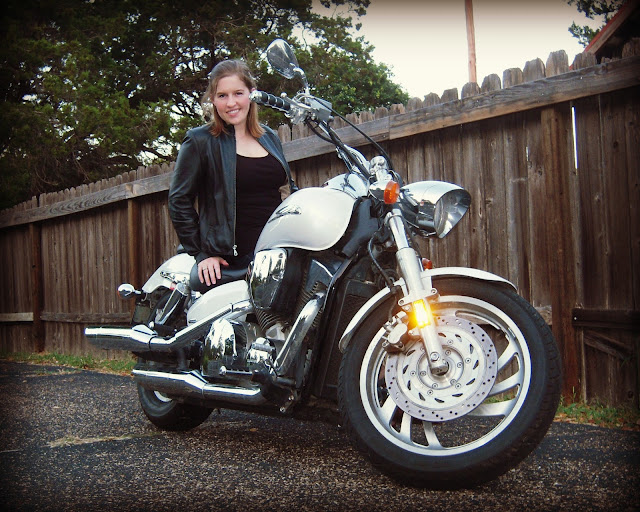 I had these printed and got some frames for them.  Trent really liked them!  He's not sure yet where he wants to hang them, but he suggested the den so it can feel like a "man cave".   Fine with me! 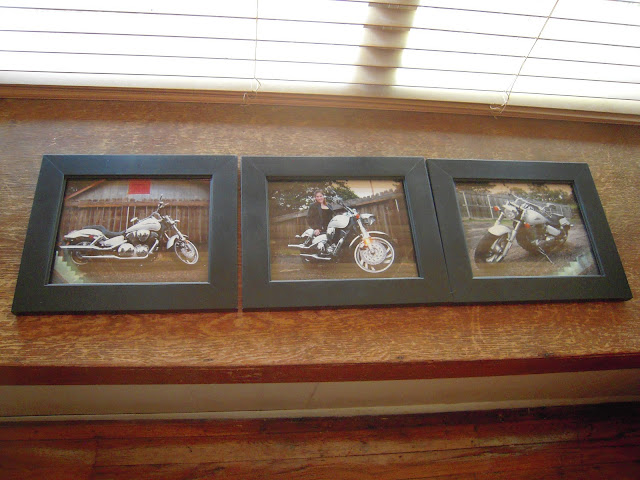 This photo was a runner-up, but I didn't end up using it because you can't see all of the bike.  Still fun though. 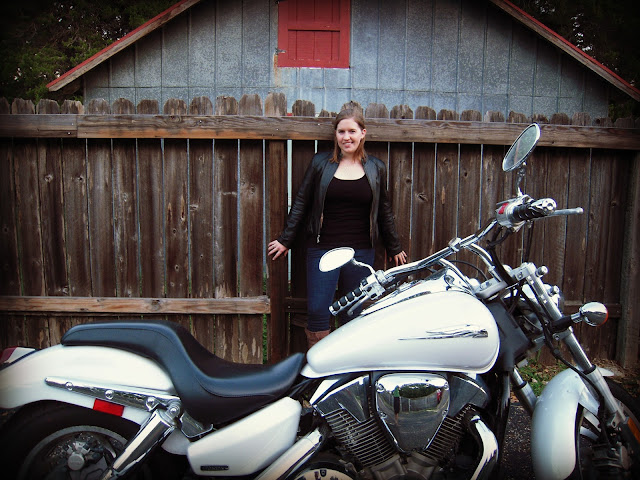 And now for a shameless sales plug:  if, after reading this post, you or someone you know might be interested in purchasing the super fine lookin' motorcycle pictured above, please let me know.  Specs: 2007 Honda VTX 1300C, 14,000 miles, 12K of which have been put on by Trent himself, very well taken care of, custom drilled out pipes, detachable windshield.   You know you want it...
Posted by Anna Pie at 11/01/2012