It's true.  I got rid of my smart phone. 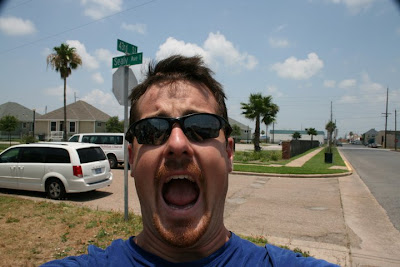 Ok, calm down.  It's not that big a deal.  Just kidding, so far it still is.  The idea had some time to sink in between when I made the decision and when we found the right deal to carry out the plan.   But now that my lovely touch screen HTC Incredible is out of commission for real, I am still in the "What have I done?!" phase. But hold up.  I did give up my smart phone and I got a dumb phone.  But there's no way I could leave it at that.  Are you kidding me?  That would be like going back to...2008...  So, I also got a tablet too. 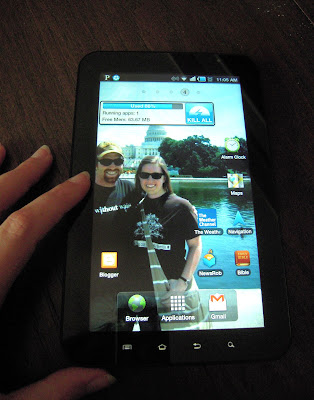 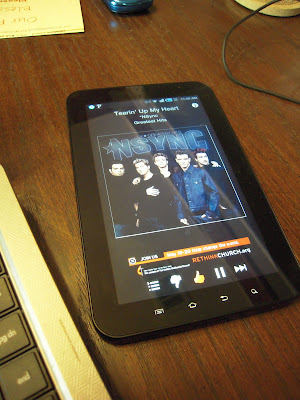 Napoleon is a Samsung Galaxy tablet 7.0.  Isn't he sleek and fancy?  You're probably wondering why I named him Napoleon...  Well, it's kind of dumb.  And long.  But I thought "Tablet is kind of like Tabitha.  Hmm, there's a choreographer named Tabitha on my fave show So You Think You Can Dance, and she is married to Napoleon, also a choreographer.  Their routines are called NappyTab routines...I could call it NappyTab.   But that's just dumb.  Hmm, Napoleon...yeah, it can be Napoleon. That'll do." 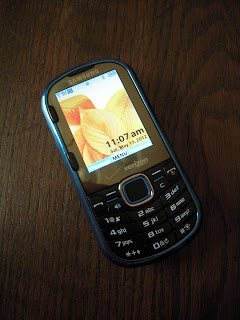 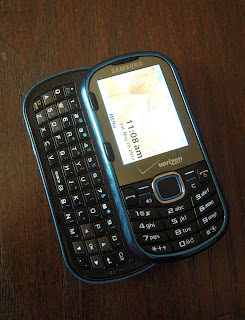 Sam is a Sumsung Intensity II and he is my favorite color, which is honestly one of the main reasons I picked him. Yay blue!!! 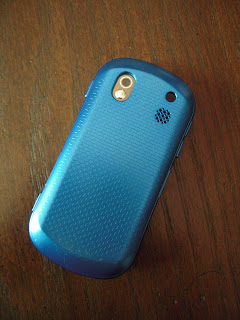 He's named Sam because he is a Samsung and because I used up all my other creative naming power for Napoleon...  Are you losing faith in my sanity yet?  Or did that go out the window when you read the title of this post?

Reasons I made this crazy switch:

~NOT because of money
You have to add a line for a 3G tablet, to cover the data package.  Meanwhile my phone line will decrease to just a regular old phone line which is cheapo, so our overall dollar effect each month is the same as it has been, just splitting out the phone and data.  Meanwhile, we got Napoleon for a whopping $50 from Verizon with the new line using an online deal, compared to the normal $200 with a new line or $500 straight up for just the tab.  So besides that and the 30 bucks we spent on Sam, our net dollar change is zippo.  So no, I didn't give up my smart phone to save money.

~I was way too addicted to my smart phone
Think of pretty much any little downtime or free moments in a daily routine, then picture my smart phone in my hand, my eyes focused on its screen instead of anything or anyone else around me. Waiting in line at the grocery store, waiting anywhere really, before I get out of my car and go into the house, even when my husband is sitting across from me while we wait for our food at a restaurant.  There have even been times when I have been sitting at our computer and gotten up to date on facebook, email or blogs on the computer and then picked up my phone out of habit...to check facebook, email or blogs.  That's so dumb!  My stupid smart phone was taking precedence when other things were going on.  It was receiving my attention when it should have been given to the human beings around me.  I tried simply trying to be better about it, and that helped some, but the temptation was all still right there on my phone.   So I decided to go for broke and ditch it.  Trent has been operating with the dumb phone + tablet system for months now and he really likes it.  Now we are twinkies with matching Galaxy tablets.  Aaaaaaw.

~I will still have the mobility and easy access to apps when I want/need them
With the tablet, I'll still have email, facebook, gps, blogger, to-do list, fruit ninja and all the other apps that I have gotten used to using on a regular basis.  Since the tablet is a 7.0, meaning it has a 7 inch screen, it is a good size to carry with me whenever I need to and will fit just fine in pretty much any purse I carry.  I will actually be able to do some things a lot easier on the tablet than my smart phone given the bigger screen.  But, given its bigger size, it's not quite as easy to whip out just any time.  I will be less inclined to pull out a 7.0 tablet to check facebook, etc, in all the little downtime moments of life when I could just be.

So we'll see how this goes.  I know it will be great once I get used to it, but right now I'm just a couple days into this and still freaking out a tiny bit!
Posted by Anna Pie at 5/21/2012